Im not leaving for good 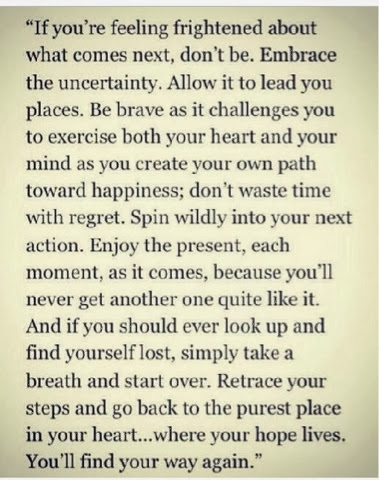 A friend of mine posted this on Instagram and I though it was a good quote. I can relate to it in many ways.
Posted by Unknown at 10:02 PM 1 comment:

My dream wedding is becoming reality plus so much more 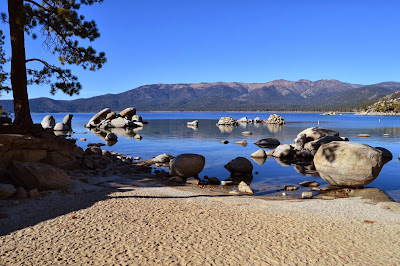 I've always wanted a beach wedding. Whenever I though about a beach wedding, I automatically thought about being on the ocean somewhere. The ocean is beautiful but doesn't even compare to this amazing view of Lake Tahoe. 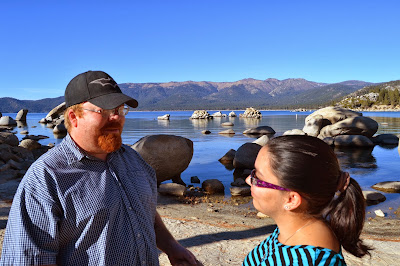 An amazing view with an amazing man to be my husband.
September 27, 2014 will be an amazing day on this amazing spot on the beach. 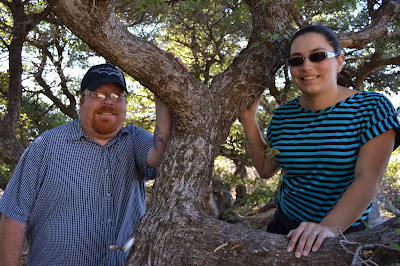 My dream wedding is only coming true because I have my wonderful fiancé there for me. There is no one else in the world I would want to marry. From the moment we started dating my life was changed. I fell in love with him immediately and have stayed in love even through hard times. Any time I have needed someone to talk to he has been the one there for me. 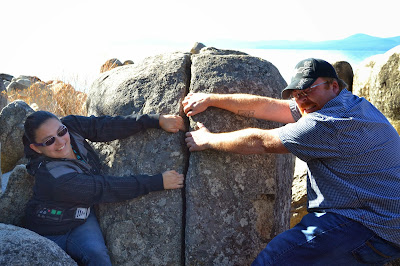 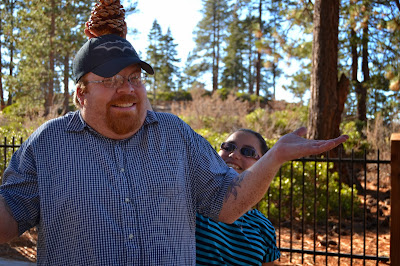 I always love our silly moments together 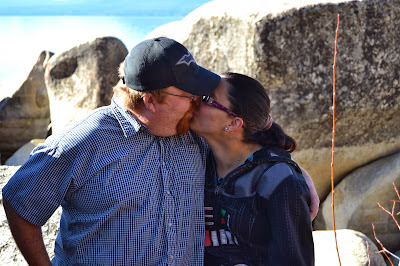 But most of all, I enjoy our cute cuddly moments 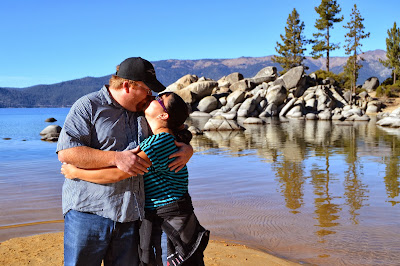 This has always been one of my favorite Christian songs. Yesterday was the first time I had gone to church in a while and this song was played. Afterwards I started thinking and realized that no matter what, I can overcome anything. everything in life Is just a phase, I have a little over a month left of this questionable time but then onto a wonderful new beginning with my fiancée. I love him so much and cant wait to start our lives together.
﻿
Posted by Unknown at 8:19 PM 1 comment: 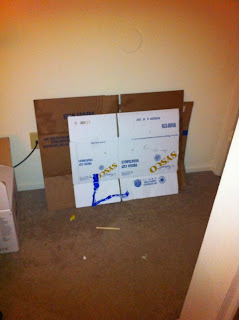 Ive gotten very used to the sight of cardbored boxes in my room. I have lived in 13 different places in 21 years. I remember being at 10 of them. the longest I have lived in one place was 5 years and the shortest was 6 months. That is changing I am moving for the 14th time. 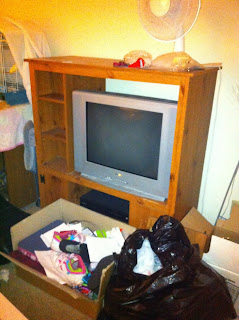 ﻿
empty shelves set in the reality of what is really happening. Up until now I've lived in the same 10 mile span of area in California from Rocklin to citrus heights with my parents.
This move is 140 miles away to Reno, Nevada to live with my fiancée and soon to be in-laws.
I am movong sooner then I had originally expected. My original pan was to finish school then move which would have probly been another 6 months to a year. One thing after another led me to decided I was ready for a fresh start now and not later, so im moving now and will finish school later. 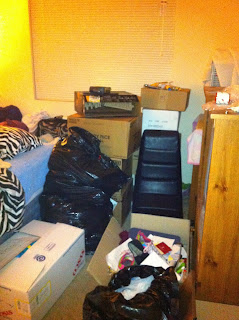 December 21st is the big day, only 40 days. Boxes and bags are stacking up as it gets closer. most are ready to go but some of the boxes were still packed from my last move and still need to be sorted out.
I've had mixed emotions about leaving. Im really excited to move so my fiancée and I can start our lives together and I can be happy, but at the same time, California is all I've known. My job, my friends, and my family. Even though we don't get along most of the time and im pretty sure we would win an award for the most drama, they're still family. Only thing I have in Nevada is my fiancée and his family.
Some days are easier then others. Once I get there and get settled in everything will be 100% better but its the transitioning phase right now that has got me worked up. Today was a difficult day, I wanted someone to talk to but had no one. living in a house with 2 other people and still feeling like your by yourself isn't easy at all.

The best day of my life

I woke up on October 18th thinking it would be just another regular day with one exception, it was my loves birthday. I drove the 2 1/2 hours to be with him on his birthday and to spend the weekend with him. I was going to take him out for a birthday dinner at a surprise location. Little did I know he had a suprise of his own all planned out for me. 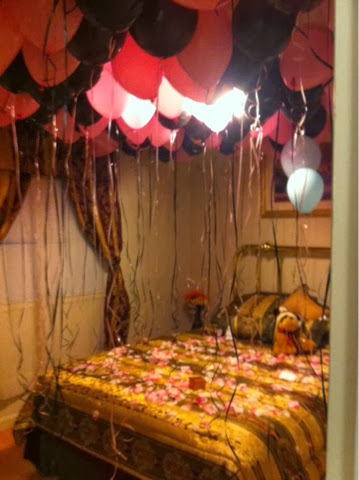 I get to his house and walk into the bedroom to put my stuff down, I opened the door and there was balloons everywhere! Over 100 balloons! I made my way through all the strings and set my stuff down. 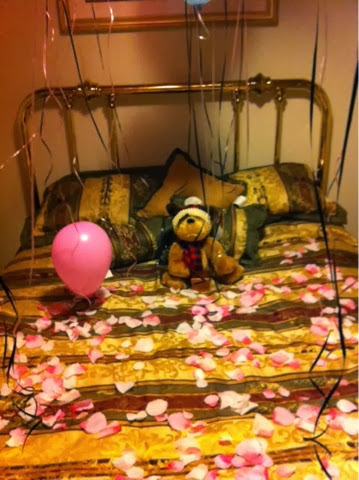 I then made my way to a teddy bear waiting for me with a box. 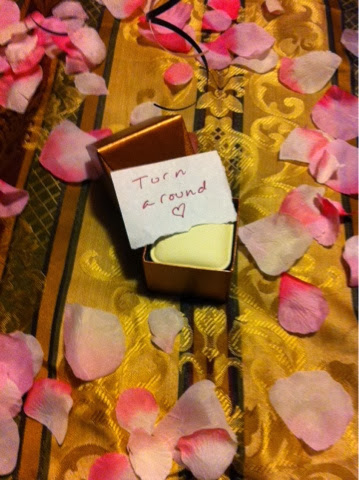 I opened the box and inside was a note that said turn around. I turned around... 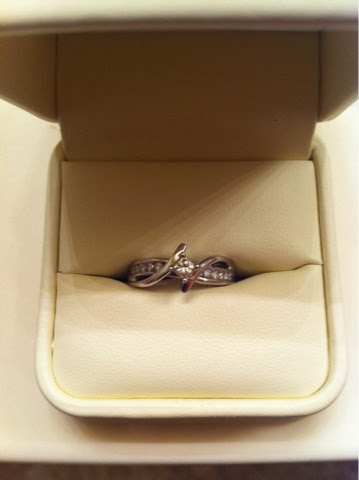 And there was the love of my life getting down on one knee with the most beautiful ring ever in his hands. He asked if I had the time to spend eternity with him and if would marry him. Of course it was a YES!!! 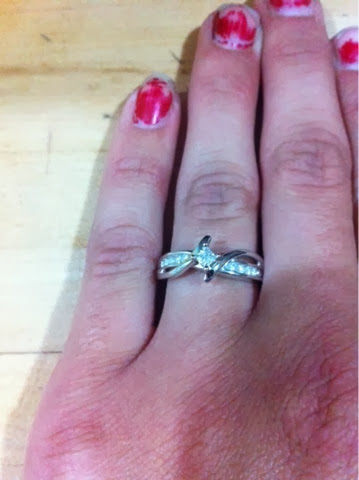 The tears of joy started flowing. I am so excited to be marrying the one who has been there for me through so much when no one else has been, my best friend, the one who excepts me for who I am, my everything. 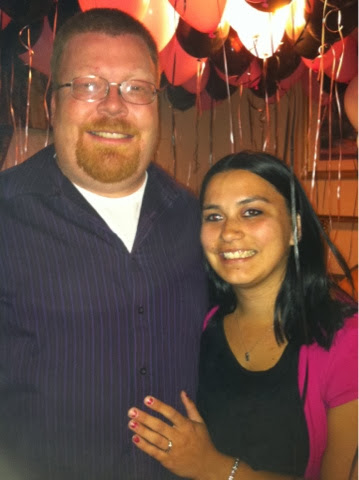